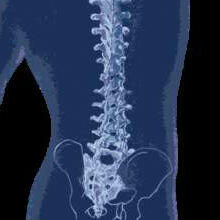 A Feldenkrais approach to dealing with low back pain.

Professor Peter O’Sullivan’s approach appears to align with the methodology of The Feldenkrais Method®.

Low back pain, which can become chronic low back pain, is common in western society, likely accounting for millions of dollars in lost working days and immeasurable diminished life experiences. An old school of thought promotes “core stability” with the thinking being you should “stabilize the core to protect the back”.  The Feldenkrais model suggests “core action” over “core stability”.  Rather than having an idea of turning on and fixing the core it makes more sense to know how to use your core muscles to promote movement with stability.

The Feldenkrais Method promotes you learning about your habits of muscular holding involving your chest, your abdomen, your back and pelvis and learning how these habits inadvertently interfere with your intention of alleviating your back pain.  Turning “on” “the core” and keeping it on throughout all action interferes with normal healthy movement of the spine.  The spine evolved to move as evidenced by its numerous joints and facets.  Tom Myers in his book “Anatomy Trains” suggests that it is actually the movement of the ribs and spine with unimpeded breathing that promotes disc health.

In Perth the highly respected Physiotherapist, Professor Peter O’Sullivan, speaks against some well-meaning false notions regarding back pain; ideas such as thinking of the spine as a fixed steel rod, needing to brace with your core to protect your back, doing more “core strengthening” exercises.  He explains that with the improved imaging technology often people are given such a strong mental image of a “damaged and crumbling back”  the fear and anxiety around their back actually leads them to poor self-use and a self-fulfilling prophecy of lasting pain.

With pain comes a new holding pattern in a person, yet muscular holding and tension and poor postural patterns creates more stress on the pain sensitive structures in the back, so in fact the holding habit worsens rather than improves the persons pain and problems.  A history of pain and immobility makes it difficult to accept that moving rather than fixing the spine can help.  This is the art of Feldenkrais.  You begin to explore movement in the smallest possible range, so small it could be almost imagined.  The Feldenkrais Practitioner guides you to notice more about the whole of your bodies involvement in all movements, revealing your unknown habits of holding and bracing against an easier, functional way of moving.

Peter O’Sullivan has coined the term “cognitive functional therapy” as a means to better back management. “Cognitive Functional Therapy” is an alternative way of describing what occurs in The Feldenkrais Method ® – developing better functional movement possibilities by increasing body awareness.  Feldenkrais group classes are called “Awareness Through Movement” classes, a term coined 40 years ago, and the hands on aspect of Feldenkrais is called Functional Integration.  Although little known in Australia perhaps the best move you can make is to explore The Feldenkrais Method.