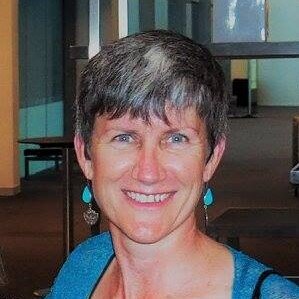 In August 2017 Vanessa graduated from the 4 year Feldenkrais Practitioner Training in Perth.  Vanessa has held a lifelong passionate interest in movement and sport representing W.A. in Touch Rugby in 1989 aged 24. She qualified in Radiography (Medical Imaging Technology) in 1989, providing a background in human biology, anatomy, physics and physiology.

In her mid-30’s Vanessa experienced a host of physical problems resulting in functional decline and pain.  Problems appeared with the pelvis, the back and neck, hips and thighs, R ankle, R calf, R shoulder, L elbow.  Consequently running, swimming, tennis and then golf became difficult.  For 10 years she actively sought help via physiotherapy, chiropractic and Pilates.  Despite good treatment the trend was declining function.  Some would say “that’s aging”.

A 2010 encounter with Feldenkrais Awareness Through Movement® classes was a revelation.  Firstly chronic pains lifted.  Hence movement, life and mood lightened.  Impressed by the changes Vanessa committed to the 4 year Feldenkrais Practitioner training.  The physical improvements from Feldenkrais were accompanied by a beneficial shift in habits of thought and emotion.

Golf, swimming, running all improved.  Despite being averse to early mornings and the cold, Vanessa took up rowing 5 years ago.  That was some shift in thinking.

Vanessa is passionate about the Method and its ability to help people become more whole bodied participants in life.